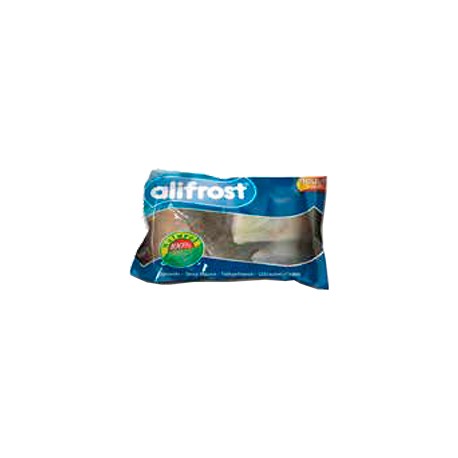 At your disposal are the best sardines from Peniche - Portugal in 2 sizes: Standard and Petinga (small).

Delizer frozen in bag with logo with 1Kg

This product is no longer in stock

Experts believe the thing is simple: in the seas of Portugal is fished the best sardines in the world.

Is rich in calcium and Omega 3 that is to say that your heart is much healthier and protected.

We offer a range of fish and sea food with high quality and lots of flavor, which will allows preparing delicious and healthy dishes.

Portuguese company and since its foundation connected to the transformation of frozen food products in a large scale; fish, sea food and vegetables, with its own brand.

Also extends our business for the production of other private brands and generic supermarkets. It became a landmark on the frozen food products, thanks to the efforts and commitment of all its human team, the best price / quality and excellence in client service.

We do not sell any species that is in danger of extinction.

The sizes of the fishing net we use allow young species and protected species are not captured.

Our industry scrupulously respects the quality directives imposed by European standards to ensure the sustainability of natural resources.

The omega 3 is a type of fat, known as essential acid greasy, as it is important for a good health.

Human body cannot produce omega 3, having to get if from food.

A large body research demonstrates the benefits of omega 3 for the heart and all circulatory system.

The best sources of omega 3 are fish, some species have a higher amount.

Other important sources of omega 3:

How much to consume?
It is recommended to ingest at least two servings of fish per week, but it is possible to include other sources of omega 3, the greater the benefits.

What to avoid?
Fish should be baked, boiled or grilles. You should not fry them, as this process destroys the omega 3.

Some fish are poor in omega 3, including the tilapia, which contains lots of omega 3, similar to the red meat.

Although the benefits of omega 3 are scientifically proven, its consumption in a dosage much far from the one found on fish, worries the researchers, thus we still do not know which effects those high dosages may have in the body in a long term.

Nowadays it is widely sold in Chemists in its concentrated form of capsules, something that has not yet been evaluated by science.

A large body research demonstrates the benefits of omega 3 for the heart and all circulatory system.

The benefits of omega 3 are extended to reduce the risk of developing various diseases, including:

Some studies also indicate that omega 3 benefits for the mood, learning and the immunologic system.